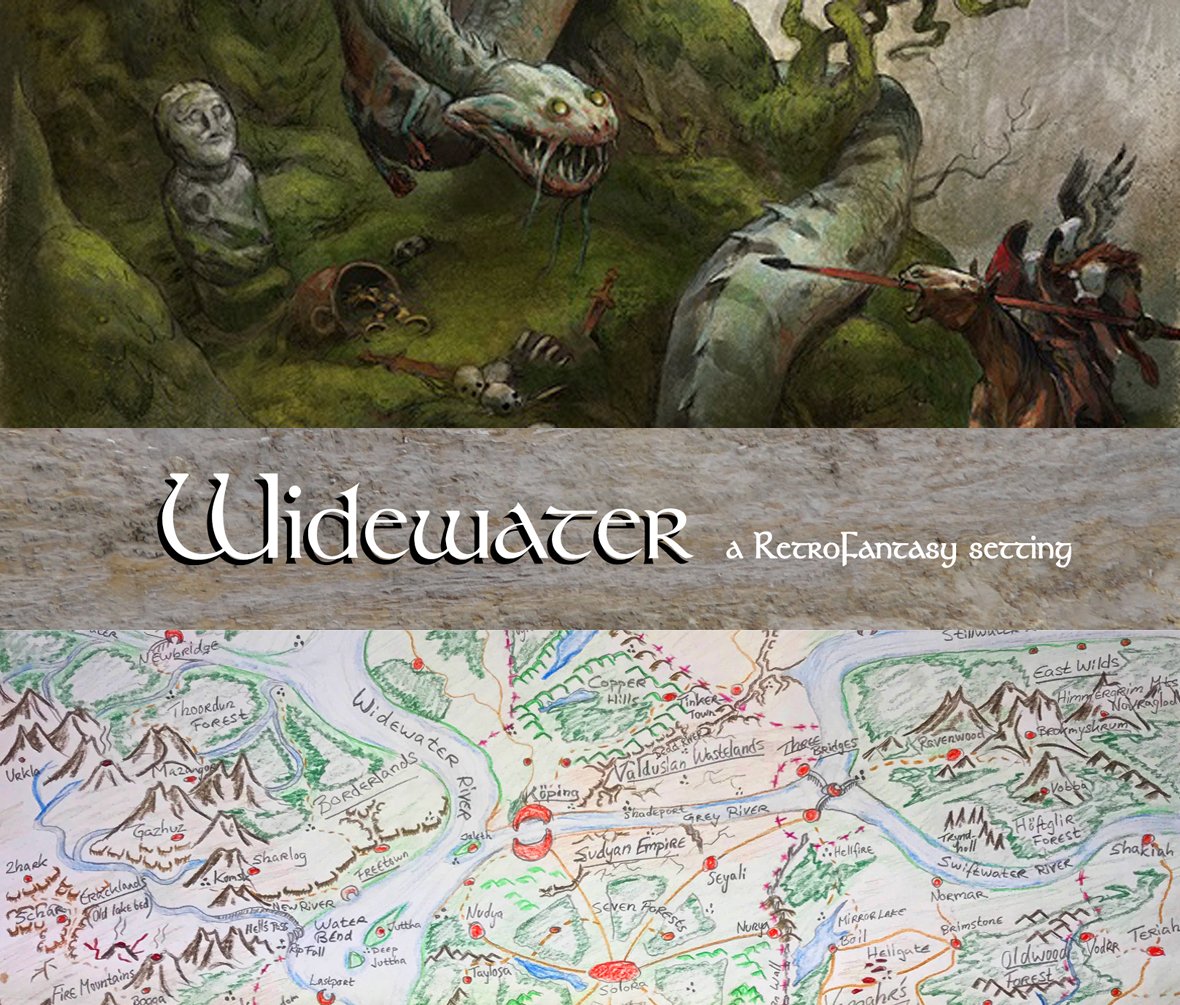 After years of playing sci-fi RPGs and struggling with countless high-tech contraptions, complicated automatic fire rules, vast item lists, rule-bending implants, impossible stardrives, death-defying body swapping and detailed, complicated storylines, I desperately felt it was time for a breather and a return to the basics.

The following criteria were therefore vital for this RPG breather:

- Absolutely improvised adventures, which could possibly develop into a campaign

- No complicated magic user characters!! (leave the magic for NPCs and evil henchmen)

Although not a big fan of the Swedish rules system for Drakar & Demoner I had fallen in love with the beautiful game setting called Trudvang and decided to adapt this Nordic feel while mixing in classic fantasy.

Although not a big fan of the Swedish rules system for Drakar & Demoner I had fallen in love with the beautiful game setting called Trudvang from RiotMinds and decided to adapt this Nordic feel while mixing in classic fantasy - complete with beholders, big green orcs and weird unneccessary dungeons.

But added to this world was a devious Grand Design theme of beings who had in ancient times ascended to godhood and the eternal struggle to ascend and usurp them. The land is littered with arcane ancient artefact known as Artefactuals which can be combined into powerful Legacies. These items, ancient ruins, mythical clockwork creatures and strangely sculpted or designed world details (such as irregular movements of the sun and stars, artefact ghosts residing or backed-up in devices etc) hinted to a more high-tech past or surreal truth beyond the veil.

Over the two years we explored Widewater the world setting grew as my notes collected in various Google Drive files shared on this site.

The rules created for this campaign I referred to as RetroFantasy. They were developed from the Codex Jorunis rules I had once created for our Skyrealms of Jorune setting but was further spiced with a "Hero System" of fantastical rules tweaks, luck rolls, hero attributes, fame & reputation as well as a classical alignment and virtue and a foldable name-sign-like character sheet.

The fantastic Widewater world setting which grew during the campaign would never have been possible without the fantastic artwork I hunted down across the internet to inspire myself as well as my players. The incredible artwork of Paul Bonner, Justin Sweet, Alvaro Tapia, Ola Larsson and many, many others would often captivate me and sew new seeds of adventures or even change ongoing adventures. I want to share this amazing inspiration in the files below. I have only praise for these artists, but if anybody feels offended, unmentioned or otherwise bothered by me sharing their artwork - let me know and I will further link, credit or remove the artwork.